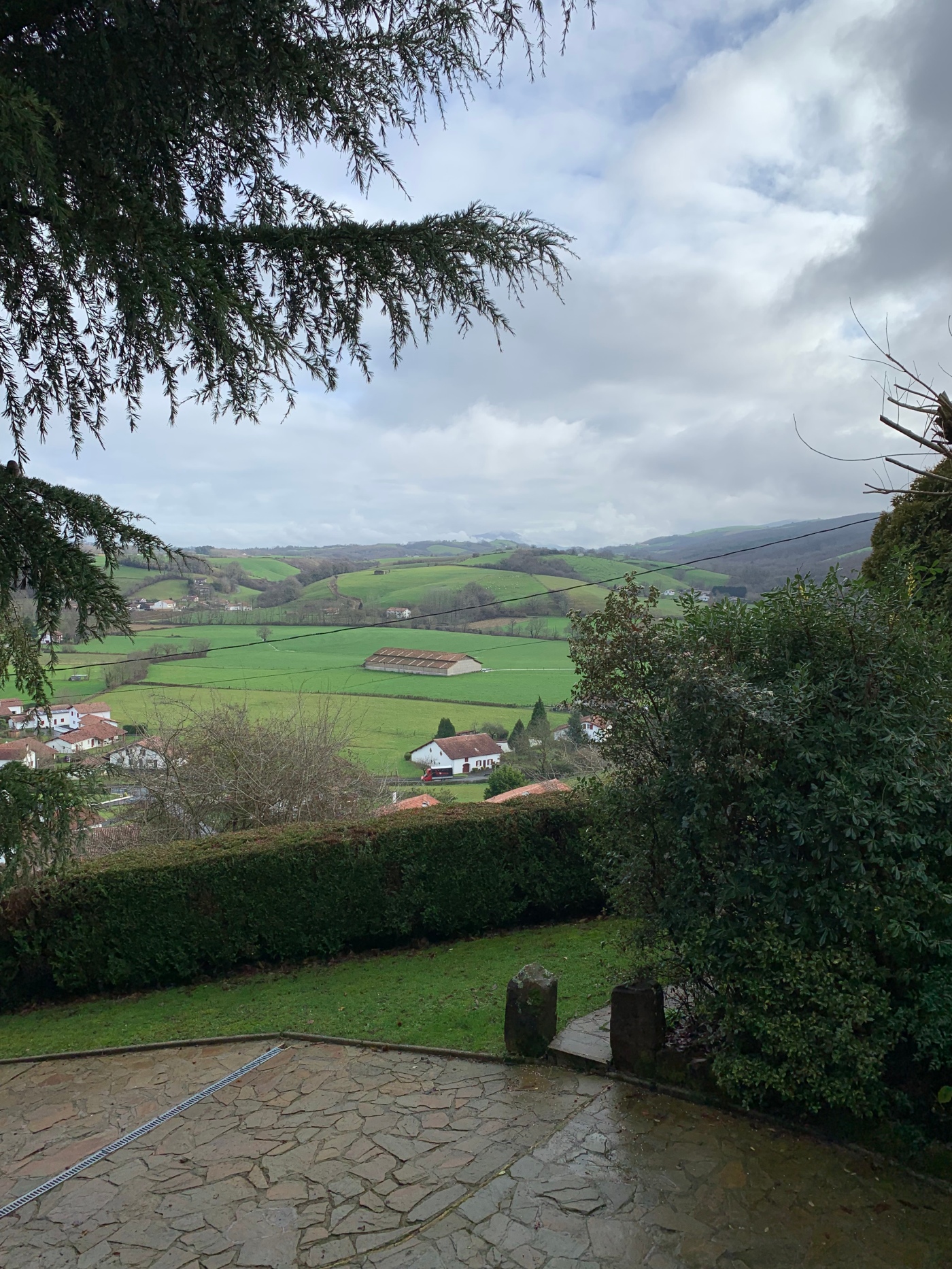 A chance encounter on a French web forum found us flying out to Limoges on a cold Thursday in January; some of us more awake than others. Unfortunately, La Reine spent much of the previous night in A&E with my Mum, waiting on an update on her husband who had fallen and banged his head just before bedtime. Remembering that I had a long drive awaiting me when we arrived in France she had graciously, and sensibly, volunteered to go with them, leaving me to get some sleep.

Our flight out was delayed by an hour, though helped by a following wind, but it was still 5 o’clock in the evening when we collected our hire car and headed south. I was nervous as I hadn’t driven a manual, left-hand drive car in France before and don’t particularly like driving at night. We were however armed with a mobile phone, before discovering the built-in Satnav, and a purse full of change for the toll roads to come.

Progress was swift and the roads amazingly clear, so we were soon pulling into the services just south of Bordeaux. Entering the restaurant, we were happy to find a selection of hot food available and sat down to a perfectly acceptable Boeuf Bourguignon and Chicken Normandy. It was a dry evening and traffic light so by 10pm we were following the directions from our hosts to their house in the foothills of the Pyrenees about five miles from the Spanish border.

After a good night’s sleep and receiving detailed instructions on the care and feeding of four cats, we set off to explore. First stop was Spain… the novelty of being able to drive over the border five kilometres down the road was too much to resist; never mind the cheaper petrol. After a quick lunch – ham hock and chips – in a local restaurant posing as a British pub we headed to the supermarket to stock up for the evening. Still tired from the journey it was cheese and wine in front of the TV for us that night. 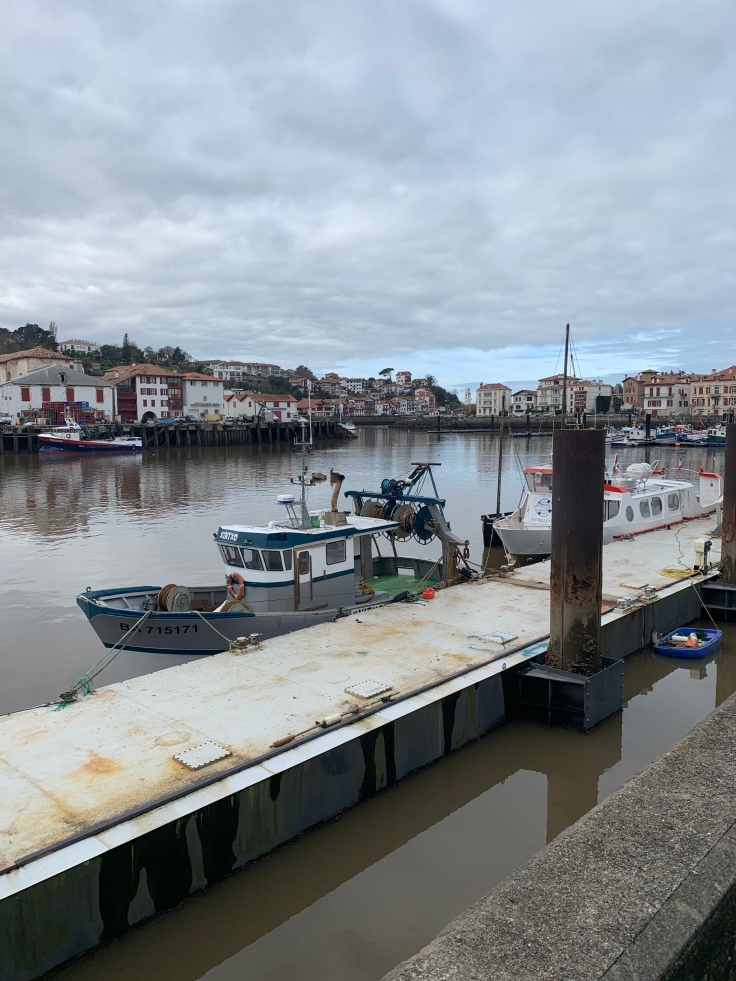 The next morning, we awoke to dense fog, hail and thunder though this soon cleared to reveal the green fields and rolling hills of the Pay Basque. Feeling like a trip to the seaside we drove the few miles to St-Jean-de-Luz and enjoyed a stroll on the beach before pancakes and coffee before moving on to the much grander Biarritz some 20km or so up the coast. Whilst St-Jean-de-Luz reminded me of Whitby out of season, Biarritz was much grander with a large casino hotel overlooking the Grande Plage.

The next day we left the south west heading first east towards Pau and then north to Agen. One of the reasons for visiting in January was to see the country at perhaps the most miserable time of the year and Pau in the rain and wind didn’t disappoint. Wandering the streets, it wasn’t hard to imagine them teeming with visitors in the spring and summer, looking up at the magnificent Château de Pau… now dubbed the ‘House at Pau corner’, and looking out over the river and railway station. 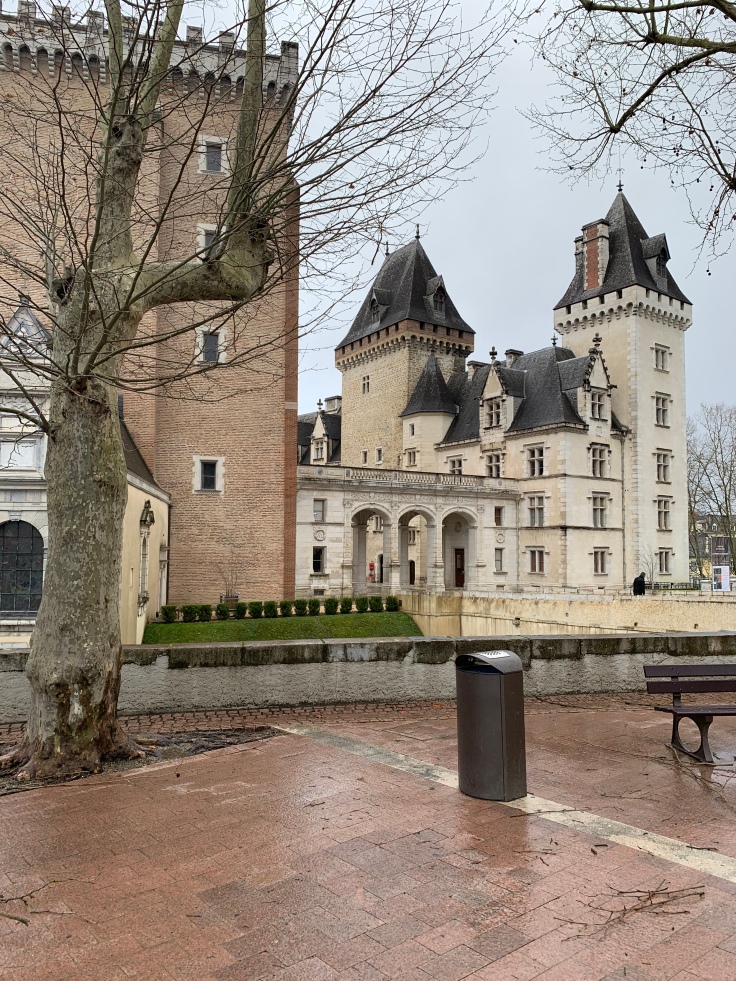 We’d booked a room at the Appart’city in the centre of Agen and, following an extremely tight squeeze getting into their car park, had a delicious anniversary meal at Le Survolté on Rue Voltaire including chicken in a chocolate sauce! The next morning, we continued north towards Bergerac, stopping for lunch in Villeneuve-sur-Lot. In Le Tandem the menu of the day came to us on a blackboard, severely testing our culinary French. 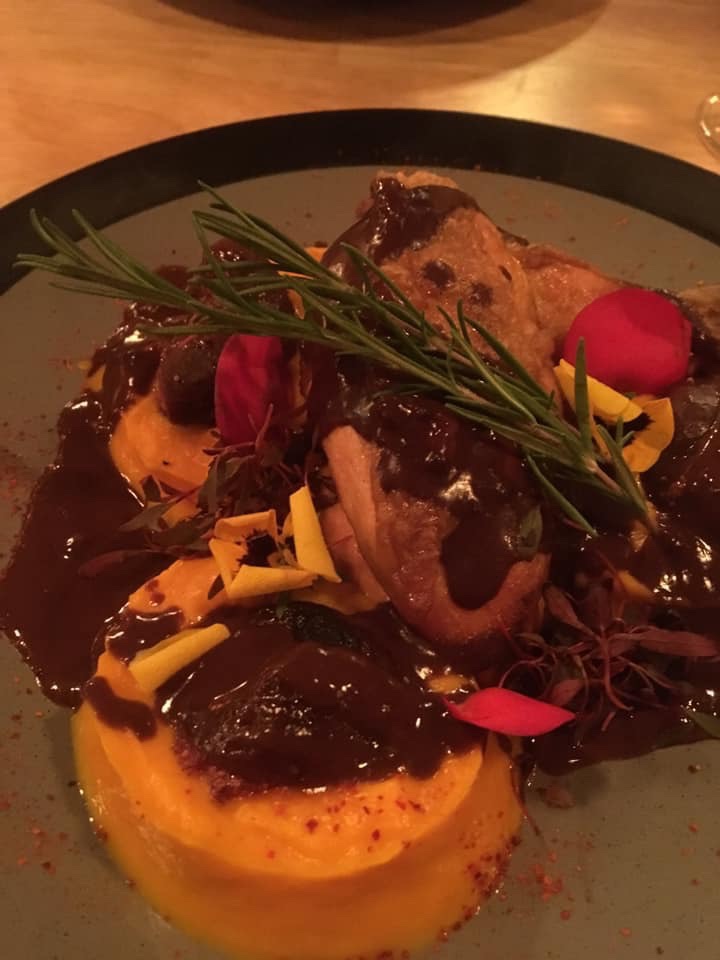 We’d set the satnav to ‘court’ so that it took us the shortest, but not necessarily the quickest, route to our destination each day. This meant that much of the time we were on narrow, often single lane, roads away from large towns – perfect for getting a sense of each area as we meandered through. Our next stop was Bergerac and the route took us through hectare after hectare of vineyards, looking quite bleak and bare in the rain.

Happily, our chambre d’hôte – the Ostal de Pombonne, was warm and welcoming and included an invitation to dine at the table d’hôte that evening. We happily agreed and set out to explore Bergerac’s historic centre. As one would expect late in the afternoon the centre was quiet with people beginning to pack up and set off home. We meandered the narrow streets peering in through windows, looking up at ancient warehouses and counting the statues of Cyrano who almost certainly never went there! 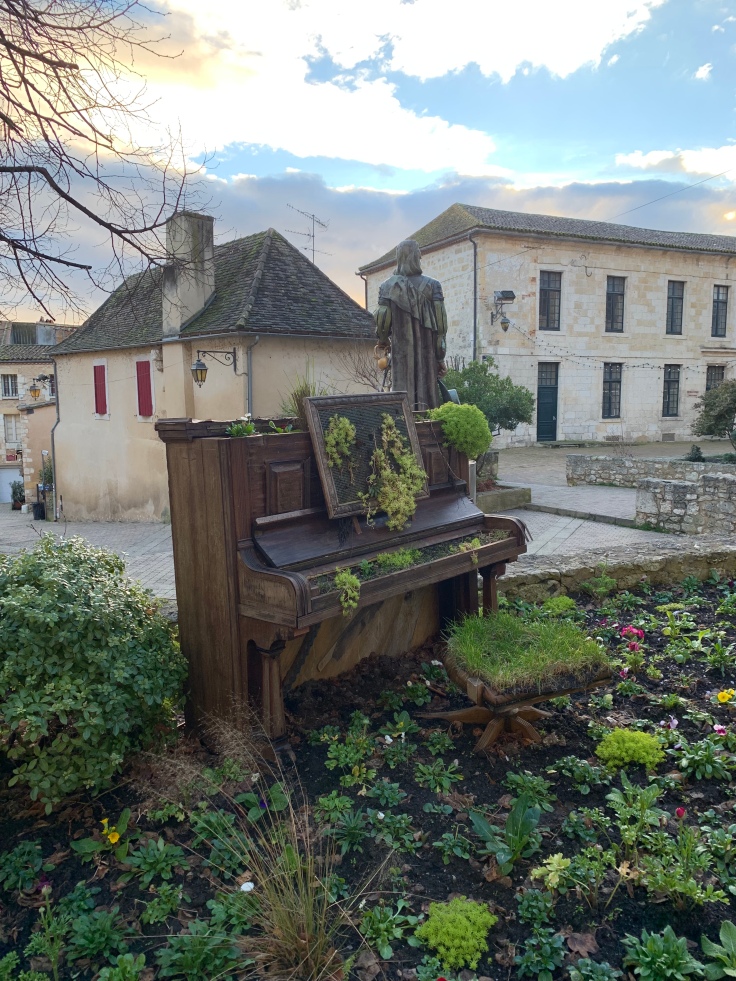 Our final destination was a charming chambre d’hôte, Le Jardin du Berger, just south of Angouleme. We quickly dumped our bags and set off for nearby Barbezieux-Saint-Hilaire to buy our supper. Our hosts had kindly let us use the kitchen in one of their gîtes to prepare our evening meal and so we spent a pleasant evening eating pan fried duck breast and watching a DVD whilst the rain and the wind howled outside.

The next morning, we set off to visit Angouleme in the hope that, as we hope to move to this area, we’d like it. We weren’t disappointed – the mixture of ancient and modern with an obvious student population gives the city an energetic feel that we hadn’t experienced elsewhere. It wasn’t hard to imagine our children enjoying the city centre and its shops not to mention attractions like the annual Angouleme International Comics Festival which had finished a couple of day before. 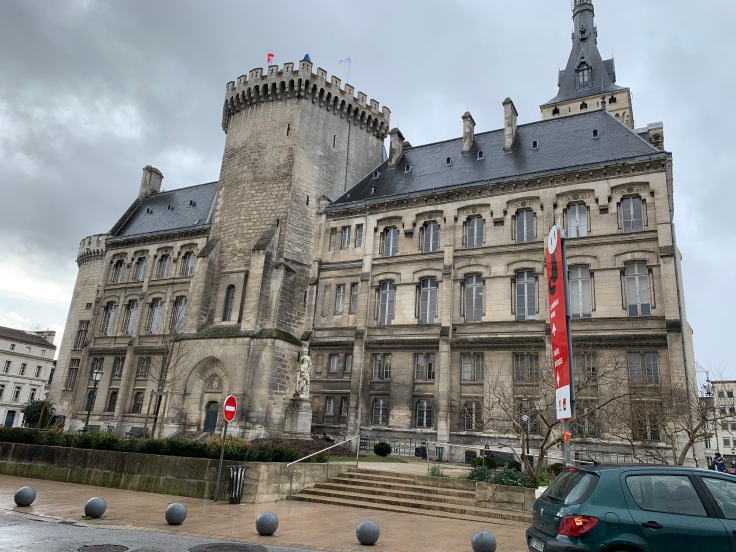 On our final morning our hosts invited us in for a cup of tea. This was our chance to learn about their experience of moving to France, converting their house and running a chambre d’hôte and we bombarded them with questions. We could have spent hours but all too soon it was time to head back to the airport, return the car and brave the British winter once again. We’d absorbed a lot and returned home with even greater enthusiasm and determination to make the move ourselves, soon!