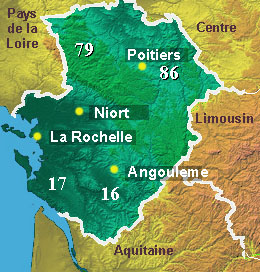 If all goes according to plan, this time next year we’ll be less than a month away from moving to France. My retirement date is pencilled for my 57th birthday in late August whilst La Reine’s current contract comes to an end at around the same time. If we’re very lucky we’ll have sold our house in Yorkshire and have money in the bank, a date set for the Acte de Vente on our dream French house and a removal company ready to collect our belongings on the appointed date.

Of course, there are many factors outside of our control that could scupper our plans… a ‘No Deal’ Brexit that causes house prices to crash or devalues the pound so much that we can no longer afford a suitable property or causes the French government to take a hardline approach to immigration from the UK. We might find that it takes ages to find someone who loves our current house as much as we do, or something happens to one of us or our families that makes moving impossible.

However, the great thing about them being outside our control is that it’s pointless to worry about them. So, setting all doubts aside for the time being, we press on with our plans. We think we’ve narrowed down our search to a particular region: Poitou-Charentes. This is for several reasons, not least the warm but not too hot climate but also, we like the area, it is reasonably well served by airports and isn’t too far south to make driving impossible.

Talking of climate, France currently swelters in 100o temperatures and looking at weather records things only seem to be getting warmer. Whilst initially we were thinking of the southern parts of the region, we’re now wondering whether Deux Sèvres (79) and Vienne (86) might be a better bet, being a little cooler on average and perhaps offering better value for money in the property market. Certainly, anything suitable near the sea in Charente-Maritime (17) will be outside our budget.

So, what are we looking for?

We know it’s a lot to ask and that we’ll have to compromise somewhere but at least it helps us narrow down the possibilities. Are you looking forward to coming to stay?

3 thoughts on “This time next year!”